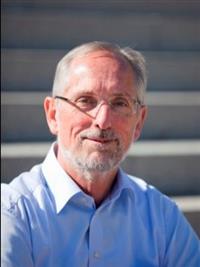 Vagn Lundsgaard Hansen is Professor of Mathematics since 1980 at the Technical University of Denmark. Professor Emeritus 2010. He earned a master's degree in mathematics and physics from the University of Aarhus, Denmark, 1966, and a PhD in mathematics from the University of Warwick, England, 1972. He has held positions as assistant professor, University of Aarhus, 1966-69; research fellow, University of Warwick, 1969-72; associate professor, University of Copenhagen, Denmark, 1972-80; Scientific Director of LearningLab DTU 2005-08. He was visiting professor (fall 1986), University of Maryland, College Park, US. He is fascinated by the interaction between the abstract and the concrete in mathematics, and by finding serious mathematics in the description and explanation of phenomena from the real world. He has research papers in topology, geometry, and global analysis and has authored several books including the general books "Geometry in Nature" (1993) and "Shadows of the Circle" (1998). Other research interests include mathematical education and the history of mathematics. He was Chairman Committee for Raising Public Awareness of Mathematics appointed by the European Mathematical Society, 2000-2006. He was Invited speaker International Congress of Mathematicians, Beijing 2002 and Invited regular lecturer 10th International Congress on Mathematical Education, Copenhagen 2004. President of the Jury at the 19th European Union Contest for Young Scientists, Valencia 2007. Laudatio for the Abel Prize winner Mikhael Gromov at the announcement of the Abel Prize, Oslo 2009. He is President Danish Academy of Natural Sciences since 1984, Member European Academy of Sciences 2004, President of the Danish Mathematical Society 2008-12. Member Danish Natural Science Research Council, 1992-98, and functioned for four years in this period as vice-chairman. Member Danish Committees on Scientific Dishonesty 2003-2009. Knight of the Order of Dannebrog 1993; 1st class 2010. Recipient of the G.A. Hagemann Gold Medal, Technical University of Denmark, for meritorious contributions to Mathematics and the Engineering Sciences, 2011. Fellow of the American Mathematical Society for distinguished contributions to Mathematics, 2012.