Professor and Head of Geomagnetism and Geospace 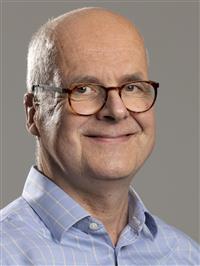 Professional Highlights Nils Olsen received a master degree in Physics in 1985 and a Ph.D. in Physics in 1991, both from Göttingen University, Germany. He was research assistant at Geophysical Institute in Göttingen from 1985 to 1991; research associate at the Danish Meteorological Institute from 1993 to 1994, and assistant professor at the Geophysical Department of Copenhagen University from 1995 to 1998. Since 1998 he is senior scientist at the Danish Space Research Institute (now Danish National Space Center), from 2001 to 2005 associated with the Danish Center for Planetary Science, and since 2005 associated with the Theoretical Geophysics and Planetary Physics Group at the Niels Bohr Institute, Copenhagen Universtity. He was chair of the IAGA Working Group V-5 on Geomagnetic Variations (1999 - 2003). Nils Olsen's main activity interest includes modeling of the Earth's magnetic field, geomagnetic variations, core fluid flow, and electromagnetic induction in the mantle. He is author or co-author of more than 100 scientific papers and technical reports (70 in peer-reviewed journals) and has been convener or co-convener for various sessions of IUGG, IAGA, AGU, EGS, and EGU. Nils Olsen has been strongly involved in exploring the Earth's magnetic field from space. He is PI for internal magnetic field research of the Danish satellite Ørsted, PI of the Ørsted-2 experiment on the SAC-C satellite, Co-I of the CHAMP mission, and chief scientist of the Phase A of ESA's Swarm constellation mission. He also works on the magnetic field of Mars and the Moon, with emphasize on external-internal field separation and electromagnetic induction studies. Publications A list of publications is available here.