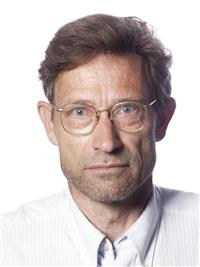 Jørgen Fischer Nilsson’s research activities fall within the field of knowledge based systems and computational logic. His main interests are currently formal ontologies, where he is occupied with theoretical foundations as well as in application of ontologies in software systems. Currently he deals with ontology-based computational processing of natural language for the purpose of establishing content-based search facilities. He professor at the section of Computer science and Engineering at the Department of Informatics. He received his MSc and PhD degrees from the Technical University of Denmark (DTU) in 1974 and 1977, respectively. He worked as post doctoral fellow at IBM Research Labs, Dept. of Computer Science, Cal., USA, 1976-77. Since 1987 he has been full professor in computer science at DTU. He has been visiting research professor at Uppsala University. He has published papers at international conferences and journals within the topics of relational data base systems, formal language theory, logic programming languages and logic programming methodology, logical knowledge representation, concept theory, argumentation theory, formal ontologies, semantics of natural language , and inductive program synthesis. He has supervised numerous M.Sc.-candidates and Ph.D.-candidates.