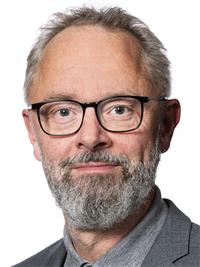 Department of Technology, Management and Economics

John Paulin Hansen is a Bevica professor in the Innovation Division at DTU. He got his Ph.D. in 1992 from the Institute of Psychology at The University of Aarhus. For eight years John worked in the Systems Analysis Department, at Risø National Laboratory and for 15 years was an associated professor at the IT University of Copenhagen, heading education programs and research groups. His research areas are human factors and human-computer interaction with a special focus on innovation, e-health, and usability of new technology. Much of the research and development work has focused on the use of eye-tracking technology for people with disabilities, initiating the EU Network of excellence “Communication by Gaze Interaction” (COGAIN), with approximately 100 researchers participating. Three of his former Ph.D. students formed a start-up company, The Eye Tribe, in 2011. Together with this company, John has been working for 3 years on innovative gaze tracking products in collaboration with LEGO and Serious Games Interactive, among others. The Eye Tribe was acquired by Facebook / Oculus In December 2016. He was involved in another start-up company specializing in eye gaze interaction, Obital, that GN Audio bought in December 2020. The Bevica Foundation supports John´s research laboratory “GazeIT” aiming to improve the quality of life for people with severe motor challenges by the use of gaze and voice interaction for communication, mobility, and smart home technologies. The GazeIt lab is currently involved in the EU Horizont 2020 project Rehyb with the responsibility to build next-generation AR interfaces for exoskeletons supporting stroke patients during rehabilitation.