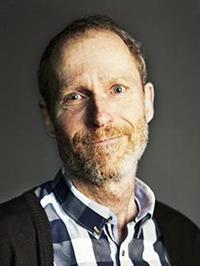 Bjarne Kjær Ersbøll’s work is mainly on applied statistics and data analysis. He has considerable experience in the application of these disciplines in industrial, medical projects. His research and teaching is largely inspired by finding solutions to actual problems in industry and other institutions - and often in collaboration with these. Bjarne Kjær Ersbøll is a Full Professor in statistics and data analysis at DTU Compute. In 1983 he received the M.Sc.(eng.) degree and in 1990 the Ph.D. degree, both from the Technical University of Denmark (DTU). Bjarne Kjær Ersbøll has been employed at DTU since 1983. First he was Research Assistant (1983-1986), then be became Assistant Professor (1986-1992), Associate Professor (1992-2008), Professor (2008-2009), Full Professor (2010-present). He gives research based consultancy in applied statistics and data analysis. He has supervised a very large number of masters thesis projects and also Ph.D. thesis projects. Furthermore, he has organised or co-organised a large number of conferences on image analysis and statistics.