This year's PhD graduates were celebrated at a party that combined the awarding of diplomas with awards for the PhD thesis of the year, PhD supervisor of the year, and Young Researcher Awards.

Every year, DTU celebrates its PhD candidates at a festive reception with a red carpet, champagne and prizes.

This year, the PhD Graduation Ceremony took place on Friday 18 November in the afternoon in the sports hall at DTU Lyngby Campus with the participation of 143 candidates, their family, friends and supervisors.

DTU's Senior Vice President and Dean of Graduate Studies and International Affairs Philip J. Binning hosted the event and welcomed everyone, before Senior Vice President for Innovation and Entrepreneurship Marianne Thellersen took the podium and, among other things, wished the PhD candidates a successful and impactful career in science and technology.

This year's guest speaker was alumni Darius Adam Rohani, who received his PhD from DTU Health Technology in 2019. He then continued at DTU as a postdoc on a research project using AI to personalize psychotherapy – a project that secured him a grant of 2.4 million DKK from the Lundbeck Foundation. Today he is a partner in the Kuatro Group, a company he co-founded using artificial intelligence to deliver innovative products to the food and life science sectors. His achievements have secured him a place on the Berlingske Talent 100 list.

The speech was followed by a musical feature by Josefine Opsahl, who is an artist and composer who connects music, art, performance and space in her works. Just two weeks ago, she received the Crown Prince Couple's Culture Award, which is awarded to a remarkable Danish, Faroese or Greenlandic artist who has delivered an exceptional performance.

PhD Thesis of the Year

The prize for PhD thesis of the year was awarded to Jacob Hastrup for his thesis at DTU Physics, which has significantly developed the field of quantum computing and quantum communication. Jacob Hastrup won the prize for the thesis: 'Continuous-variable quantum codes for fault-tolerant quantum information processing', which revolves around a complex and very hot topic with a significant impact on society. For example, Jacob Hastrup has also pursued patent protection of his research.

In his speech, Philip J. Binning described Jacob Hastrup as an inventive and dedicated physicist with a flair for devising new ideas, with strong analytical skills and as hardworking and diligent.

His recommenders describe him as a true role model for all new PhD students. Since Jacob Hastrup finished his PhD studies, he has for a short period been employed as a postdoc at DTU Physics, but now works for the University of Copenhagen.

PhD supervisor of the year

Every year, PhD candidates can nominate their supervisor for the PhD Supervisor of the Year award. This year it was awarded to associate professor Terje Svingen, DTU Food, who has successfully created a framework in which his PhD students can grow and develop. Not only on the professional level; from student to young scientist, but also on a personal level.

In his speech, Philip J. Binning also described Terje Svingen as a supervisor who gives extensive feedback and shares his network with the students. The students emphasize that Terje Svingen has empowered and encouraged them to find their own passion. He always supports his students' careers - especially internationally.

This award is given to young researchers who have made an extraordinary effort and who have great potential for further development. This year the award was given to:

After the announcement of this year's prizewinners, the PhD candidates in attendance were presented with their congratulatory diplomas, after which they toasted in champagne and wished each other congratulations on the PhD title. 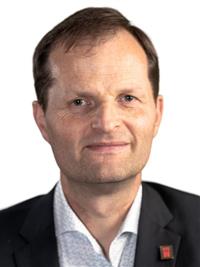