In the summer and fall of 2019, some cancer patients experienced interruptions in their treatment. The reason was a shortage of the drugs vinblastine and vincristine, essential chemotherapeutic medicines for several types of cancer.

There are no alternatives to these drugs that are isolated from the leaves of the Madagascar periwinkle plant, Catharanthus roseus. Two active ingredients from the plant - vindoline and catharanthine – together form vinblastine, which inhibits the division of cancer cells.

Although the plant is common, upwards of 2000 kg of dried leaves are needed to produce 1 g of vinblastine. The 2019 shortage that lasted until 2021 was mainly caused by delays in the supply of these ingredients.

A cross-disciplinary international team of scientists led by DTU researchers has genetically engineered yeast to produce vindoline and catharanthine. They have also managed to purify and couple the two precursors to form vinblastine. Thus, a new, synthetic approach to making these drugs has been discovered.

Their paper 'A microbial supply chain for production of the anti-cancer drug vinblastine' is published in the journal Nature.

The research may result in new sources of vindoline, catharanthine and other alkaloids that are wholly independent of factors affecting crop farming, such as plant diseases and natural disasters. Since the essential ingredients to make these compounds are baker's yeast and simple renewable substrates such as sugars and amino acids, production is also less vulnerable to pandemics and global logistics challenges, according to Senior Researcher at DTU Biosustain, Jie Zhang, lead author of the new paper:

“In the past few years, we have seen several incidences of shortage of these drugs in the market. They are occurring more often and will most likely reoccur in the future. Of course, we envision establishing new supply chains for these and other molecules. This result is a proof of concept, and there is still a long way to go in terms of upscaling and further optimising the cell factory to produce the ingredients in a cost-effective way."

Apart from being the first study to demonstrate an entirely new supply chain for these essential drugs against cancer, the study showcases the longest biosynthetic pathway – or "assembly line" - inserted into a microbial cell factory. According to Jie Zhang, the latter is a promising result in and of itself.

Vinblastine belongs to the so-called monoterpene indole alkaloids - in short, MIAs. MIAs are biologically active and useful in treating various diseases. However, they are highly complex molecules and, therefore, difficult to produce synthetically. This study aimed to prove that the researchers could do it.

"To prove the feasibility of microbial manufacturing of all MIAs, we chose one of the most complex chemicals known to plant chemistry. We didn't know the full pathway needed to make vinblastine when we started back in 2015. We also weren't aware of the shortages facing society. It was the longest pathway we knew of, and we knew that it likely encoded 30-something enzymatic reactions. The big challenge was how to program a single yeast cell with 30 plus steps and still ensure that the reprogrammed cell would function as needed while being able to sustain itself. That was the main challenge and the biggest part of our research. It wasn't straightforward at all," says Jie Zhang.

Michael Krogh Jensen, senior researcher at DTU and one of the corresponding authors of the study, adds:

"We must put the right 'personnel' along the cell's assembly line. We also need supplementation from other assembly lines already in the yeast cell to make it work smoothly. We need what are called co-factors. You also need to make sure that, at the same time, the starting material is in place for other essential functions in the cell."

The team performed 56 genetic edits to program the 31-step biosynthetic pathway into baker's yeast. Though the work was difficult, and more work is needed, the authors expect that yeast cells will be a scalable platform for producing more than 3000 naturally occurring MIAs and millions of new-to-nature analogues in the future.

"In this project, we were looking for new ways of manufacturing complex chemistry essential for human health, although the technology may also be useful in agriculture and material sciences. Biotechnology offers something exciting because chemical synthesis is difficult to scale, and natural resources are finite. We believe a third approach is needed: Fermentation or whole-cell manufacturing. The assembly lines known from nature are plugged into microbial cells and allow the cells to produce some of these complex chemicals," says Michael Krogh Jensen.

According to the authors, among the many new essential MIAs that may now be produced based on their new platform are the chemotherapeutical drugs vincristine, irinotecan, and topotecan. All of which are also on the World Health Organization's essential medicines list together with vinblastine.

The research further underlines recent developments within synthetic biology, where engineered yeast is used for medicine production. Other molecules that cell factories can now produce include potential drugs for treating cancer, pain, malaria, and Parkinson's disease.

Producing medications that are otherwise sourced from plants in industrial-scale fermenters using cheap and renewable substrates may alleviate future shortages and create a more sustainable economy independent of farmed or rare organisms.

Corresponding author Jay D. Keasling, Professor of Chemical & Biomolecular Engineering at the University of California, Berkeley and Scientific Director at DTU Biosustain, has long been a synthetic biology pioneer at the fore in utilizing it to produce essential molecules. Case in point: In 2003, he successfully engineered E. coli bacteria to produce a precursor to artemisinin, an anti-malarial drug. Later, he would engineer the entire pathway into yeast cells, much like yeast cells may now be used to produce vindoline and catharanthine.

"The metabolic pathway that we constructed in yeast is the longest biosynthetic pathway that has ever been reconstituted in a microorganism. This work demonstrates that very long and complicated metabolic pathways can be taken from nearly any organism and reconstituted in yeast to supply much needed therapeutics that are too complicated to synthesize using synthetic chemistry. Because yeast is inherently scalable, this engineered yeast could one day supply vinblastin as well as the 3,000 other related molecules in this family of natural products. Not only will this increase the supply and reduce the cost of these products for consumers, but the production is also environmentally friendly because it eliminates the need to harvest sometimes rare plants from sensitive ecosystems to obtain the molecules."

The research project started in 2015 with a total budget of 9M € co-funded by the Novo Nordisk Foundation, the European Union, and the BioInnovation Institute. It involved a cross-disciplinary team of scientists specialised in, i.a., chemistry, analytics, imaging, bioinformatics, machine learning and characterisation.

See the news story from Berkeley Lab: An Anti-cancer Drug in Short Supply Can Now be Made by Microbes. 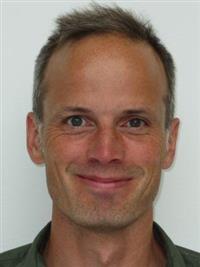 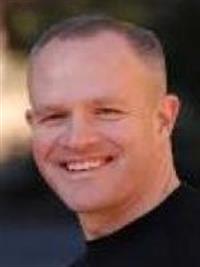 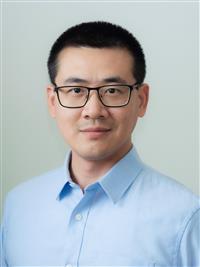