DTU first to use quantum computer for the power grid

The first tests confirm that quantum computers can soon become a crucial tool for modelling the complex power system of the future.

DTU’s researchers have become the first in the world to use a quantum computer to perform calculations of the power grid. They managed to do so by solving the so-called load flow problem, which has to do with how the current is distributed in the meshed power grid. The load flow problem forms the basis for a large amount of advanced calculations in the power grid, which can’t be done with today’s supercomputers.

The results were so positive that the researchers will now investigate how quantum computers can provide real-time analyses of the stability of a power grid that’s based on 100% renewable energy.

However, as our energy increasingly comes from thousands of wind turbines and photovoltaic systems, it becomes significantly more complex to calculate and ensure that the power grid is stable and cables and transformers aren’t overloaded. Whereas production of power used to be concentrated in individual power plants, which could be replaced relatively easily if one plant shut down, it now takes place on a very large number of wind turbines and solar cells, whose production varies greatly depending on the weather.

“We wanted to investigate how the quantum computer can be used to help us model the increasingly complex power system. So initially we set up a small test case, which we ran on four different quantum computers to make sure our results were valid,” says Brynjar Sævarsson from DTU Wind and Energy Systems, who led the work on the calculations. The team used the relatively small quantum computers with five qubits, which IBM made available to them online.

“In addition, quantum computers still produce a lot of noise in connection with the calculations. The noise affects the precision of the results. Also, the small five-qubit computers are comparatively slow. However, our results leave no doubt that the quantum computer is a specialized tool that in future will be better to use for parts of the calculations we perform in the electricity system,” says Brynjar Sævarsson.

“But the development is moving fast and I’m sure that in future we’ll perform calculations of the power system where quantum computers will play a big role. They can do things that normal computers can’t. This means that we can develop the tools needed to operate a safe and stable power system based on renewable energy, and I’m now starting this process,” says Brynjar Sævarsson.

IBM and DTU have already started a good collaboration on the project, and the next calculations may be done in even closer collaboration with IBM and their latest version of the quantum computer. 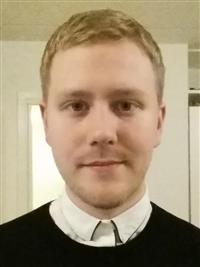 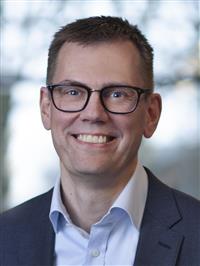