The entrepreneurial project Open Entrepreneurship increases the number of startups by bringing experienced entrepreneurs together with researchers from the country's universities.

The number of new startups has increased in the entrepreneurial project Open Entrepreneurship, which is a collaboration across the country's eight universities. Here, startups are matured based on research and new technology by establishing ‘dream teams’ with representatives from the business community and universities. The goal is to commercialize the research and create more research-based startups.

The project has previously received an EU award for promoting entrepreneurship at universities. The latest report shows that the collaboration model is also good at creating new companies.

“Danish universities have a unique ecosystem of budding research-based startups, entrepreneurs, and researchers. The initiative has developed into one of the most important strategic collaborations across Danish universities with deep roots in the universities' top management and academic environments. This initiative is a significant boost to the commercialization of university research,” says Helle Nielsen-Elgaard, Head of Innovation, Open Entrepreneurship.

At each university, business units have been established consisting of people who have both an entrepreneurial background and an academic insight into different research fields.

These business unit managers play a key role in Open Entrepreneurship. The business unit managers and the researchers jointly identify research that has commercial potential. They also put together teams made up of researchers and external entrepreneurs, who work together to mature promising ideas for new companies. The match-making typically takes place at a time when researchers have neither clear results nor new technologies.

“The special approach that Open Entrepreneurship has to match early research with serial entrepreneurs has proven to be an effective engine for developing solutions within the green transition and other societal challenges. It’s not enough in itself to develop new technologies. It’s only when the technologies are part of a production and brought to the market that they can make a difference,” says Helle Nielsen-Elgaard.

In the past year, she has seen a noticeable increase in new DTU startups originating from Open Entrepreneurship. The number has grown from 16 to 26 startups. According to Helle Nielsen-Elgaard, this is partly due to the fact that DTU’s business unit managers are now based at DTU Skylab, which is an innovation hub for students and employees with prototype workshops, events, and teaching.

The open environment makes it easy to exchange knowledge and experiences, and collaborate on specific issues across disciplines and sectors, and makes it possible to spot potential much earlier than before.

At the same time, the entrepreneurial environment at DTU Skylab and Open Entrepreneurship helps promote entrepreneurship at DTU. DTU has one of the most well-developed ecosystems for innovation and entrepreneurship among technical universities in Europe. This ecosystem helps bring new ideas and inventions from the classrooms and research laboratories at DTU into the real world, where they can create new jobs and help solve tasks and challenges in society.

And there are signs that this approach is working. In June 2022, the research company Iris Group published a study on how the combination of research and education results in new companies. It showed that the universities play a significant role when it comes to entrepreneurship and creating new companies in Denmark. According to the study, one of the reasons for the success is that universities contribute by advising and supporting budding startups.

Open Entrepreneurship will be supported by the Danish Industry Foundation until the summer of 2023.

DTU has one of the most well-developed ecosystems for innovation and entrepreneurship among technical universities in Europe. 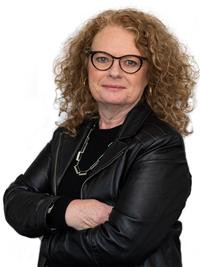