Defence and security technology development will be strengthened with a new national defence technology centre, NFC. Behind the centre are all eight Danish universities and five GTS institutes that want to strengthen collaboration with industry and the Danish Armed Forces, and utilize Denmark’s positions of strength in, fields such as space and quantum technology, cyber security, green fuels, and advanced drones.

“This is the first time the Danish research and development sector has entered into a cooperation with such a clear organization and distribution of roles in close collaboration with industry and the Danish Armed Forces. With the NFC, we can speed up the development of the necessary defence technology and ensure an active utilization of Denmark’s special positions of strength,” says Chairman of the NFC steering committee and DTU Provost Rasmus Larsen.

Greater use of university research

The NFC is anchored at a secretariat at Aalborg University and is headed by a steering committee chaired by DTU. In addition, an advisory board has been set up with the participation of a wide range of Danish stakeholders from the defence industry.

With the current world security situation, the conditions for peace and coexistence on the European continent have changed. According to Mogens Rysholt Poulsen, Dean of the Faculty of Engineering and Science at Aalborg University, the situation calls for a greater use of university research.

“As institutions, we’re largely funded by the Danish taxpayers, and we’re rounded by the Western, democratic model of society. That’s why we want to make our knowledge and competences available so that we can defend our society and the values on which it’s based against today’s hybrid warfare of sabotage, influence campaigns, cyberattacks, actual military operations, and so on,” says Mogens Rysholt Poulsen.

Political ambitions of a strong defence have been announced in Denmark, the EU, and NATO, and it also sets the stage for the upcoming negotiations of a new Danish defence agreement.

“We encourage the newly elected members of the Danish Parliament to make the NFC an important part of the development of the Danish defence system by investing the necessary funds to ensure long-term, strategic, and knowledge-based development in the field. It has huge potential, but will require political support to get started,” says Mogens Rysholt Poulsen.

The National Defense Technology Center, NFC, aims to give a technological boost to the Defense Forces and the Danish defense industry through interdisciplinary partnerships that combine technological innovation with civil, military, political and economic considerations, and to make Denmark an international knowledge player in the field of defense and safety technology.

DTU has Denmark's largest interdisciplinary environment for research, teaching and development within defense and security technology. The activities in the area are coordinated by Center for Security DTU. 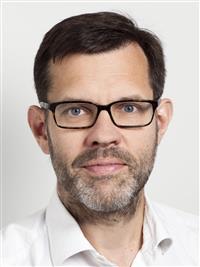