Political courage is needed to exempt the programmes that already function well, including DTU’s MSc programmes, writes President Anders Bjarklev in a column.

Column by Anders Bjarklev, President at DTU. Published in Frederiksborg Amts Avis and at sn.dk on 23 January 2023.

The newly-minted Danish three-party (‘SVM’) coalition government has a plan that many find disheartening. The government agreement they presented shortly before Christmas shows that up to half the Master’s programmes in Denmark are to be cut from two years to one year.

Exactly which programmes remain to be seen. But it is stressed in the government agreement that the reform must result in study programmes aimed more clearly at the labour market, and where the quality is raised through “more teaching, smaller classes, and better guidance and supervision.”

On paper, these are good objectives, but if the reform is to result in an actual improvement, there is a need for a tough—but fair—differentiation between the study programmes that are struggling with excessively high unemployment and those that are already functioning well.

For example—with an unemployment rate of just 2.4 per cent—natural sicences study programmes have the lowest unemployment of all professional groups in Magistrenes A-kasse (The Masters Unemployment Insurance Fund). At DTU, this means that 88 per cent of Masters of Science in Engineering (MSc Eng), holding a degree from a 2-year MSc programme and from a 3-year BSc programme, are in employment one year after graduation. The same applies to 89 per cent of BEng graduates with a degree from a 3.5-year programme.

If the government cuts all Master’s programmes right across the board, rather than reforming those that actually need it, they will also be working against their own goals of creating better quality and a shorter distance to the labour market. Based on DTU as an example, I would like to elaborate on why.

According to the previous Social Democratic government’s programme ‘Denmark can do more III’, which forms the basis of the government’s reform plans, the money saved on shortening the Master’s programmes will be spent on, for example, more teaching, guidance, and supervision for students. In specific terms, the students are to have a teaching week of 15 hours, which must result in a quality boost of the study programmes.

If you zoom in on DTU’s MSc programmes, however, the fact is that the students already have a busy teaching week with 20-24 hours of teaching, guidance, and supervision. Added to this is personal preparation time of the same extent, which means that the students’ academic activities already correspond to a normal working week. If a year is cut from the students’ study programme, well over a year of their teaching is thus also cut. This means an obvious deterioration in education quality—not an improvement.

In less than half the time, the students will have to try to specialize through electives, project assignments, and Master’s thesis writing. An impossible task that the Economic Council warns could have serious consequences for Denmark’s productivity.

While DTU’s graduates will enter the labour market with one year less of specialist knowledge, the time they have available to gather work experience while studying will also be halved.

At present, 60 per cent of all DTU’s graduates have had a study-relevant job during their studies, and graduate surveys show that the DTU students’ work experience and specialist knowledge are precisely what make them attractive among companies. Specifically, the companies respond that they find that there is a high level of professional competences among both DTU graduates with a BSc in Engineering and with an MSc in Engineering, which plays a decisive role in the recruitment process.

If the government’s plans for Master’s programmes are implemented at DTU, this will result in many students having to refrain from taking on a study-relevant job and from engaging in other occupational activities due to a lack of time.

At the same time, the reform will mean that DTU will have to offer as many as three study programmes of 3.5 years’, 4 years’, and 5 years’ duration, respectively, of which the first and last already exist and function well—while there is no demand at all for the middle one.

This is not only a waste of resources, it also contributes to increasing—instead of decreasing—the distance to the labour market.

Finally, a shortening of the MSc in Engineering programme entails a great risk that many talented international students will enroll in programmes in other countries. Why take a four-year education in Denmark when you can take a better five-year education somewhere else?

This would be a huge economic loss for Denmark. The latest analysis from Damvad Analytics shows that—over a 13-year period from 2007-2020—DTU’s international graduates each contributed an average of DKK 3.2 million to the Danish economy. This is inclusive of those who have returned to their home country.

With an imminent risk of deteriorating the quality of DTU’s MSc programmes, creating an employment problem that currently does not exist at all, and frightening off the students who are crucial to our country’s prosperity, the message from here is clear: Exempt well-functioning Master’s programmes such as DTU’s.

I am aware that it takes political courage to differentiate between study programmes, and the problem has been avoided for many years in order not to create conflicts. But if the government genuinely wants to reform the education system into something better, it is necessary to differentiate. Because there is a difference—a big difference. And it is neither wise nor reasonable to ignore this.

Therefore, the government should preserve what works well and reform what does not. For us, it will provide leeway to meet some of the real challenges we are facing as a society. War, climate change, and energy crisis - just to name a few. In fact, we want to contribute to meeting the challenges by continuing to be able to educate qualified engineers who come equipped with the competences our society needs. 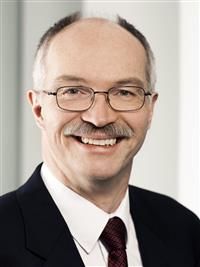