Is nuclear power an option?

Nuclear power in Germany and France supplies electricity to Denmark, but a nuclear power plant in Denmark will not be ready until the 2030s at the earliest.

Nuclear power has become an issue in the election campaign. In a survey conducted in August, 46 per cent said they would vote yes to nuclear power if there was a referendum tomorrow, while 39 per cent would vote no. Head of Section Bent Lauritzen from DTU believes that nuclear power is already crucial for Europe’s handling of the ongoing energy crisis—and that the technology potentially has a future in Denmark.

“Nuclear power is already of crucial importance to our handling of the energy crisis, as Denmark buys electricity produced with nuclear power from abroad. Nuclear power can help solve the energy crisis, including if Germany does not shut down the three power plants it has in operation. Similarly, France can get the rest of their nuclear power plants into operation after they have been stopped due to planned maintenance and technical problems. It takes time, but the ambition is that they produce power again during the winter, says Bent Lauritzen.

Can Denmark build a nuclear power plant and benefit from it in the short term?

This corresponds to the time horizon for the expansion of wind power in Denmark, with the construction of energy islands in the North Sea and on Bornholm. At the same time, the energy islands are an investment that also requires massive expansion of our electricity grid and the need for storage capacity, for which we do not yet have solutions.

If you were to recommend the construction of a nuclear power plant today, what would it look like?

If I had to order a plant tomorrow, it would be a generation 3 plant. It is a plant similar to the other power plants we have in Denmark, without the large cooling towers, because they are not necessary in Denmark if we build the plant by the water, where we have access to cooling water.

If, on the other hand, we wait a few years to order a nuclear power plant, then one can easily imagine that it could be a plant based on small, modular reactors. My guess is that within a few years we will see the first plants of this type in several countries.

Here we are talking about a plant 5-10 times smaller than the ones we know today. The construction of modules will allow the individual parts of the plant to be built in a factory and transported by road to the plant site. The advantage here is that the building competences remain in one place, which will increase reliability of quality and deliveries.

Many of the delays we have seen in the construction of nuclear power plants in Europe and the US have typically been triggered by a lack of competences. If you can gather the building and construction work in one place, you can also gather competences in one place. In addition, it has the advantage that units can be produced in series, which will be both faster and cheaper.

Has the safety of nuclear power increased?

Of course you have to add the financial consequences, which, since Chernobyl, have been extensive, because a large area of land has become unusable. On the other hand, in Denmark we would never build a plant like Chernobyl. It was a completely different and unsafe technology than the one used in nuclear power plants built in Western Europe over the past several years.

But the Chernobyl accident has given nuclear power a bad reputation. It has created an insecurity that is difficult to get rid of, even though nuclear power technology is vastly different today. However, there has been a shift in the public’s attitude towards the technology. For the first time ever, we see in Danish opinion polls that a majority of the population views nuclear power positively.

With nuclear power, we would also achieve a better economy and avoid a massive expansion of the electricity grid, as nuclear power will provide a consistent energy supply. Wind energy production does, by nature, fluctuate, and the transmission grid from wind must thus be significantly larger in order to transfer the same amounts of energy.

Is nuclear power being researched?

It is a major problem that we in Denmark have made a political decision legislation that effectively prevents research into nuclear power.

No funding is allocated to research into nuclear power, and without it, it is close to impossible to build an environment where we can maintain competences, provide knowledge, and, for example, explore the technological possibilities of nuclear power. And it is a problem if Denmark makes itself highly dependent on competences from abroad in such an important technology area.

Topic on energy: Security of supply and efficiency

Currently, Europe is in an energy crisis. Lack of gas and electricity has focused on how we can reduce our energy consumption and develop new technologies that can contribute to a safe and efficient energy supply in the future.

Read more in DTU’s topic on energy – security of supply and efficiency. 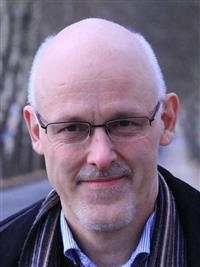