When will Power-to-X come to fruition?

The development of Power-to-X, where power from renewable energy sources is converted into hydrogen or other green fuels, has already come a long way, but it will take a few years before we achieve large-scale production.

The development of Power-to-X, where power from renewable energy sources is converted into hydrogen or other green fuels, has already come a long way. Small plants have been installed in several places in Denmark, but it will be a few years before we have plants that are large enough to allow for actual large-scale production. This is the assessment of Professor Henrik Lund Frandsen, who is an expert in the development and integration of Power-to-X processes.

“The existing plants are maybe 1 or 2 MW. However, the plan is that already by 2030 we will have plants totalling 6 GW, i.e. 6,000 MW, which will produce hydrogen or other green fuels,” says Henrik Lund Frandsen.

This requires huge investments. Investments that are already on the way.

“All large companies producing electrolysis units are building new factories to meet the demand for the future Power-to-X plants. One example is the catalysis company Topsøe, which has just announced that they will spend a couple of billions on such production in Herning. So the foundation for an expansion is almost ready,” says Henrik Lund Frandsen.

Part of the technology is well known

Power-to-X consists of two processes. The first part is converting power from green energy sources such as solar or wind into hydrogen. This is done in an electrolysis process, where water splits into hydrogen and oxygen, respectively. This part is the most energy-intensive and uses perhaps 90-95 per cent of the total energy for the entire Power-to-X process. Technologically, it is also the newest and most immature to use on a large scale.

The second part of Power-to-X production is more well known. There is a limit to how much hydrogen we can use directly, so part of it must be further converted into methanol and ammonia, respectively.

“Methanol is interesting as a fuel for heavy traffic such as planes and ships. For example, Maersk has purchased new large container ships that will sail on methanol from 2024. Methanol can also be used to form jet fuel, so we can fly green,” says Henrik Lund Frandsen.

Ammonia can also be used as fuel for long-distance transport and also in fertilizers, which are the basis for food production in agriculture and horticulture worldwide.

“For many years, methanol and ammonia have been produced on a large scale. It is therefore relatively simple to copy the technology and build similar facilities in Denmark. Considerations therefore revolve more around whether the plants should be adapted to renewable energy sources, so that production does not take place continuously, but can ramp up and down in line with our weather-dependent energy.”

What about domestic flights?

Denmark is one of the countries in the world that have advanced Power-to-X the most. The desire to be a pioneering country with green domestic flights is therefore within reach.

“I expect that we can produce sufficient aviation fuel for domestic transport using Power-to-X plants of around 130 MW. These could be ready in 2025. On the other hand, it will require much larger plants if we are to cover Denmark’s total need for hydrogen, methanol, and ammonia. Here, we are talking about 10-12 GW in total, and we are unlikely to achieve that by 2030,” says Henrik Lund Frandsen.

Theme on energy – security of supply and efficiency

Europe is currently in an energy crisis. Shortages of gas and electricity have put the focus on how we can reduce our energy consumption and develop new technologies that can contribute to a safe and efficient energy supply in the future.

Read more in DTU's theme on energy – security of supply and efficiency. 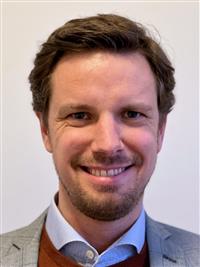