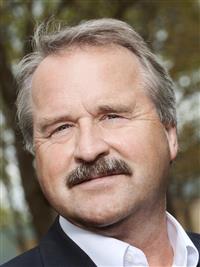 Updated CV and publication list can be found athttps://www.staff.dtu.dk/icho Professor Ib Chorkendorff is director of the The Villum Center for the science of sustainable fuels and chemicals (V-SUSTAIN) see also http://www.v-sustain.dtu.dk/. He is furthermore section leader of the section for Surface Physics & Catalysis (SurfCat)   at department of Physics DTU see also www.surfcat.dtu.dk. For detailed CV look at https://www.staff.dtu.dk/icho His research focuses on the fundamental aspects of catalysis in a broad sense relating to Heterogeneous Catalysis in the fields of Thermal Catalysis, Electro-Catalysis and Photo-Electro-Catalysis.  Thermal catalysis relates to large scale production like the methanol synthesis process, the steam reforming process and ammonia synthesis, but also processes in relation to energy production are of great interest.  In the latter, the research is focused on designing and realizing new electrode material for fuel cell technology and the reverse process, electrolysis, where hydrogen is produced. Also the primary production of energy from sun light in the form of hydrogen is a topic of major interest. All the research activities share a fundamental approach to the processes on the atomic level developing new nanomaterials with special functionality for the specific use. The nanomaterials may be used for solving some of the future’s major environmental and energy challenges mankind is facing. Read more on CV. Publication outoput press 1st Globus under picture publons. Author and co-author of 370 scientific papers published in international refereed journals, one book, and 22 patents and patent applications, which are cited >36.000 times, H-Index 80 (Web of Science) (Currently increasing ~6400 cit./year) https://publons.com/researcher/2878488/ib-chorkendorff/  or Google Scholar  https://scholar.google.com/citations?user=QwXnsaoAAAAJ&hl=en H-index 89 and >47.000 citations (Curren tly increasing ~8000 cit./year), please see enclosed publication list. Since 2017 listed as Highly Cited Researcher (ISI) (top 1%). Participated in a large number of international conferences of which 175 were invited (please see enclosed list. Additionally >200 of seminars and presentations in organizations, industry, and universities. Co-founder of three spin-out companies.