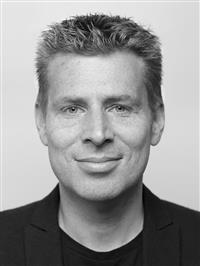 Thomas Bolander, PhD, is a professor at DTU Compute, where he does research in logic and artificial intelligence (AI). His research focuses primarily on social aspects of AI, that is, how to make future computers, smartphones and robots socially intelligent, so they can also start to understand a bit of how we humans think. The goal is to create computers and robots that can interact socially competent and flexibly with humans and other robots. For details about his scientific publications, see http://www2.compute.dtu.dk/~tobo/#publications.   Thomas Bolander has given a large number of invited talks at international conferences (http://www2.compute.dtu.dk/~tobo/#talks) and is at the same time very active in public outreach activities within artificial intelligence through popular science talks (http://www2.compute.dtu.dk/~tobo/#populartalks), radio and TV, written and online media (http://www2.compute.dtu.dk/~tobo/#media). In 2019, he received the H. C. Ørsted Silver Medal for excellence in science communication. The medal has only been awarded once more since the year 2000.   Thomas Bolander has developed and taught a wide range of highly estimated courses in mathematics, computer science and artificial intelligence at DTU. In 2006, he received the teacher of the year award at DTU, and has been nominated for the award many times since. In the period 2011-2014, he was educational developer at LearningLab DTU, where he took part in the development and teaching of the Education in University Teaching at DTU. Thomas Bolander is also involved in continuing education activities within AI, among others in connection with the Executive MBA eduction at DTU.   Thomas Bolander serves on a number of commissions, expert panels and boards, including the board of Matematikcenter, the board of directors of Scandinavian Logic Society, the editorial board of the journal Studia Logica and member of the SIRI and TechDK commissions. He is also scientific advisor and co-organiser of Science & Cocktails. See http://www2.compute.dtu.dk/~tobo/#appointments for details.