Get a unique position for your future career by combining engineering and management. This programme will boost your CV with a cutting-edge programme in management from two leading technical universities. In addition, you will study abroad at two internationally acclaimed universities, in two great cities, spend one year abroad, and gain a unique specialization focusing on management in an engineering context.

A master’s programme in management from a technical university ensures you a unique position after your studies. You will be able to combine engineering knowledge with management skills.

The DTU-TUM 1:1 offers you a two-year intensive exchange stay for MSc students enrolled at either DTU or TUM. You will spend one year at TUM and one year at DTU.

The integration of knowledge of the different areas of the programme is an important goal. In a complex and global setting in which most engineers find themselves, these skills will be key attributes to deliver decisive management in engineering-related industries. This programme brings together the best of the Management programmes at TUM as well as at DTU.

Following successful programme completion, you will receive a master’s degree from the university you are enrolled in. Your diploma will bear the logos of both universities and will be supplemented by a special insert which describes your participation in the DTU-TUM 1:1 master’s programme.

The main focus of the programme is themes such as:

Studying abroad kick-starts your career as employers are always looking for graduates with an international outlook and intercultural competencies. Upon graduation, you are eligible to enter a PhD programme, but you are also qualitied for demanding positions in industry.

Increased product complexity and ever shorter time to market put a focus on innovation, development and production. It becomes essential to have the technical background and the right management skill to lead and manage the organisation.

As a graduate from this Master’s programme you will be qualified to work within consulting, planning, project management, analysis, optimization, analytics, research, teaching, and management to name but a few. Some of the most typical areas are consulting, manufacturing management, logistics and supply chain in a vast range of sectors.

Graduating from the MSc programme with a high grade point average may also qualify you for admission to PhD studies—either as an industrial PhD with concurrent employment in a company, or as a regular PhD student.

The DTU-TUM Dual Degree Master's programme is only open to students, who have been formally admitted to DTU's regular MSc in Industrial Engineering and Management programme. Therefore, it is not possible to apply for admission directly the dual degree program.

Courses taken abroad must be approved by the DTU professor responsible for the individual 1:1 programme.

The standard period of study is four semesters which corresponds to 120 ECTS credits, consisting of three semesters of course work and a master’s thesis.

In the third semester at TUM, the students have the opportunity to attend lectures and at the same time to establish the research project, they will pursue for their Master's thesis. If students attend courses at TUM from the Operations & Supply Chain Management or Innovation & Entrepreneurship lists during the second year, they will be able to gain ECTS points counting towards DTU’s Technology Specialization during that period, before concentrating on their Master’s thesis research during the fourth semester (second half of the second year). The student may enroll in the “Project Studium” at TUM. This will count as an elective course.

The master thesis is usually conducted during the fourth semester of the programme. The thesis will be conducted with co-supervision from both institutions. The Master’s thesis is worth 30 ECTS. The students have a main supervisor at DTU and an external supervisor at TUM.

For DTU students, the thesis must be presented at an oral defense according to the rules and regulations of the university where the master thesis has been conducted and with the participation of both supervisors.

For DTU students, the master thesis is graded using the 7-point grading scale, with the grade appearing on the Master degree diploma. The grade will be determined by the DTU thesis supervisor, the co-supervisor and an external examiner according to the Danish rules and regulations on examination.

Technical University of Munich (TUM) is one of Europe’s top universities.

It is committed to excellence in research and teaching, interdisciplinary education, and the active promotion of promising young scientists. The university also forges strong links with companies and scientific institutions across the world. 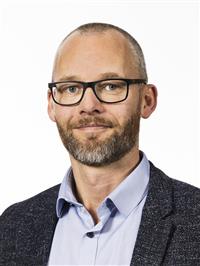